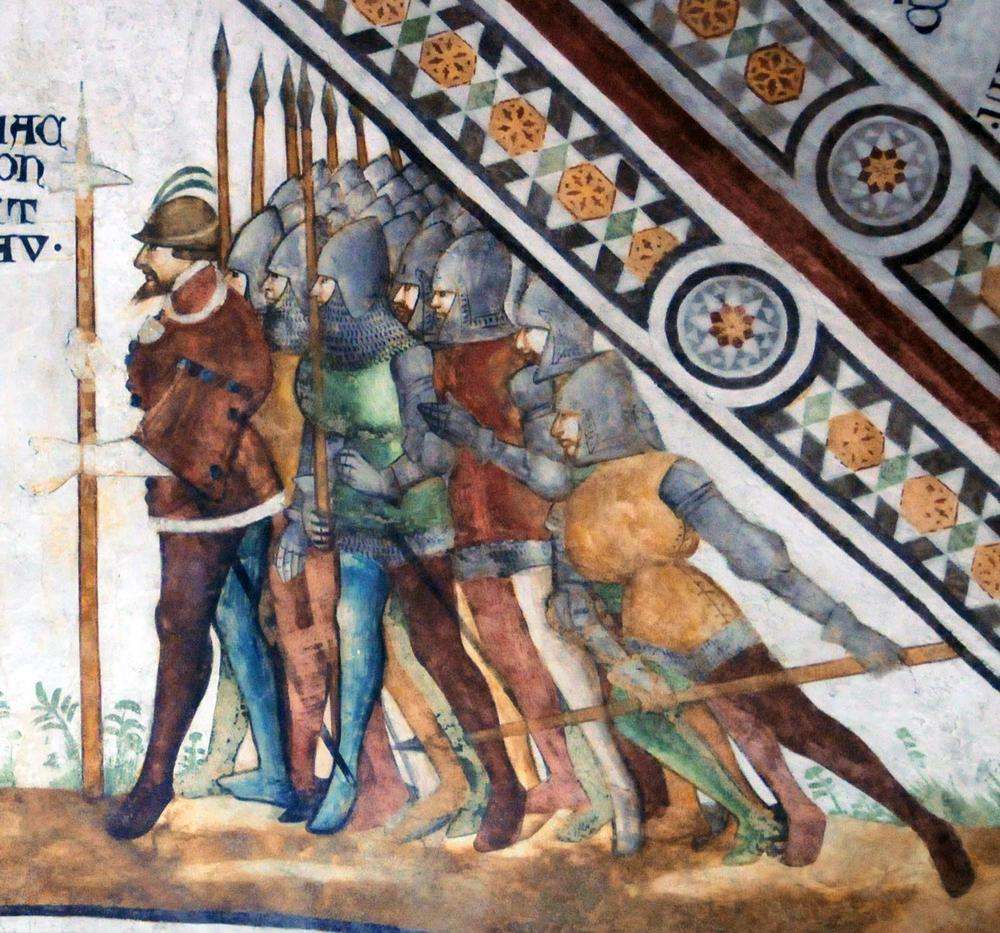 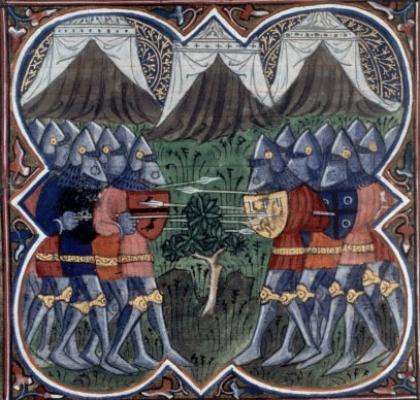 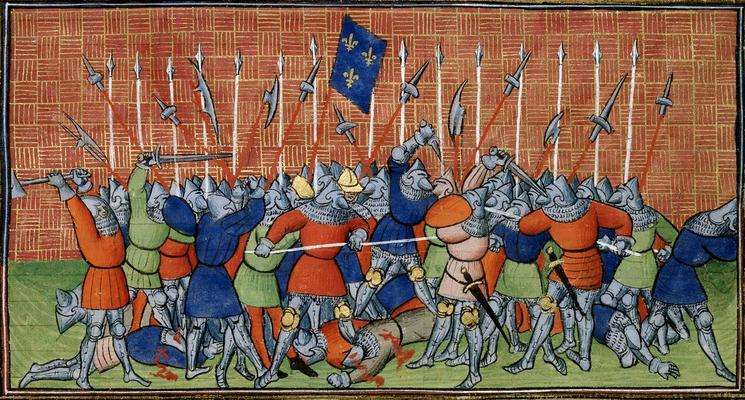 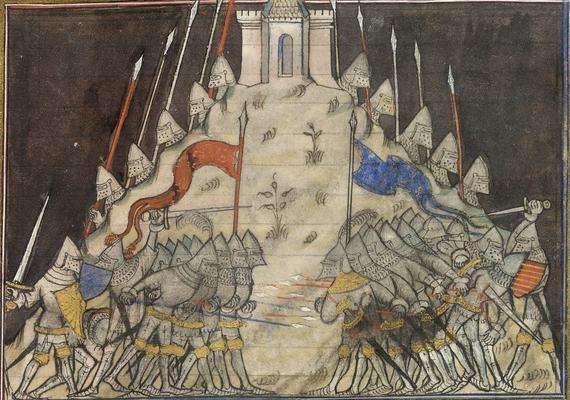 The English utilized a tactic that encouraged the use of the longsword on foot as a primary weapon in 1333.

English experiences in Scotland, France and its surrounding principalities, the Iberian peninsula, and the Northern Italian City-States led to their martial ideas spreading.

The longsword's capability as a primary tool rapidly diminished throughout the Hundred Years War due to advances in armor and tactics, but the weapon remained popular as a side-arm for centuries to come.


They would have been perfectly capable of being primary tools on the battlefield until armor advancements made them less popular around 1400-1450.

Who used the longsword?
The longsword of the 1300-1400's was knightly in nature and used by non-knights as well.
These weapons were mass-produced and shipped en-masse, and not necessarily custom-built swords in the hands of a loving owner (13).


England uses the Longsword as a primary foot-weapon.

Evidence indicates that the decision to have knights fight on foot arose during the 1300's in Britain. While certainly the longsword was used on foot earlier and in other places, the English developed a particular tactic calling for its use.

For the knights of England, the primary weapon on foot was a shorter lance, the longsword, and poleaxe (25). While armor had certainly improved since Halidon Hill, it was not evenly distributed meaning the longsword was still viable as a prime tool.


The French, after their loss at Crecy, did place their knights on foot at times mimicking the English and there is debate if they did the same at Agincourt in 1415. There is every reason to believe they French would have chosen similar weapons as well, such as the longsword on foot in their attempts to copy English tactics.


The Longsword in Italy

By the time Fiore's book was published it was in many ways obsolete as a primary tool on the battlefield. The longsword, a primary tool of the dismounted knight during the Hundred Years War, by the late 1300's was changing and being relegated as a secondary tool.

Mercenary companies from Switzerland, and later Germany, utilized the pike, and moderately armored men to great effect during the 1400's. These 15th century innovations all but making the foot-based knight with his longsword obsolete.

This was no longer a knightly weapon, but one for professional soldiers with no title, heraldry etc. Knights, like their longswords, were being replaced. Longswords did not vanish, but they became a secondary tool and worn less after 1450 compared to before.

During Liechtenauer's lifetime German mercenaries entered Northern Italy and France to participate in the various wars taking place. It is not unreasonable to assume they took with them their methods of using the longsword.

Liechtenauer's longsword would have been a viable battlefield tool in 1389, though due to better armor technology and newer weapons and tactics it would have found itself less useful in a span of twenty years. Armor was simply getting too good and there were better primary tools.


Despite this change, the longsword remained popular in the Holy Roman Empire well into the Renaissance, but not necessarily as a primary battlefield weapon, but rather one for civilian defense, judicial dueling, and sport fencing. Joachim Meyer for example taught the use of the longsword in the context of a school in the mid-to-late 1500's. While Meyer's longsword techniques would be relevant in sport-play, civilian defense, or in a judicial duel, its battlefield practicality as something other than a secondary weapon would be in question given the primary weaponry at the time ranging from pikes to firearms.
Última edición por Cavaller_Errant el Lun Jul 08, 2013 11:16 am, editado 1 vez en total.
Arriba